Here's the short list, but I encourage you to read the entire article:

These are all very good topics for discussion and I'm sure my fellow bloggers will gladly debate all of these.

But this list is a mask for the real challenge: credibility with employers and their workers.

Which is the underlying theme of a survey released this week by Rising Medical Services.

While 83% of the Rising Medical survey respondents include staff development in their strategic goals, there aren't that many actually walking the walk: the survey showed that much fewer are actually spending time and resources on staff development.

About 48% reported that they have a dedicated training and development group, down from 54% last year. About 36% said that they train new hires, down from 42% in the 2013 survey. More companies — 51% compared with 49% last year — conducted training for senior-level staffers, but those levels still fall short of the number of companies that list development as a priority.

Rising Medical noted that previous research suggests a “talent gap” in insurance claims management. A 2006 study from Deloitte Consulting showed that about 70% of claims adjusters at the time were 40 years old or older. The study also projected the need to hire 84,000 more claims adjusters industry-wide by the end of 2014, based on current employees vacating their positions and a 17%-per-year average growth in new hires.

However, the survey showed that new hires coming into the workers’ compensation industry are less likely to receive training than senior staffers. Of the 36% of respondents who reported having a training program for new claims adjusters, 42% said the training took less than 40 hours. 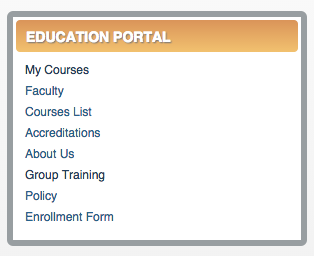 About 22% of all respondents had no budget for training and development.

“For the workers’ compensation industry, the business risk for not investing in a talent development strategy is significant,” the report says. “Claims examiners are an organization’s primary face to customers, and they make decisions on a daily basis that can considerably impact business profitability.”

Sharing one of the themes of Wells' article, the survey showed that the claims community is lagging in the adoption of productive technology.

About 42% said they used some form of claims system workflow automation, but one-third said they had no integration between various parts of their claims systems, meaning that information isn’t shared between segments such as bill review, utilization review, medical care management and fraud detection.

So it's, unfortunately, easy to see where major claims decisions - that affect both business AND injured workers - can fall through.

And of course, contrary to tradition but certainly in line with the preaching that has gone on for years, the Rising Medical report found that medical care is misdirected to physicians with lower fee-per-unit charges, rather than to those with demonstrated superior outcomes.

The difference can be, based on a study by Harbor Health Systems released in July, a drop of about 20% in overall medical costs, at least during a five-year period when such “high-performing” doctors treated patients under the Harbor Health study (which doesn't account for lower indemnity costs too).

So the industry does have a lot of challenges - and all of these challenges ultimately are about improving relations with "the boss", i.e. the employer, and "the customer", i.e. the injured worker: our credibility as an industry.

I've said it before and I'll say it again: all we really have to do is make sure that benefits that are due are in fact delivered timely and effectively.

These "challenges" highlight that simple mission, but really is just noise. Hire good people, give them excellent training and keep it going, and give them computing systems that actually help the mission.

And then get out of the way.

The online form to request a copy of the Rising Medical survey results is here.
Posted by Unknown at 4:12 AM